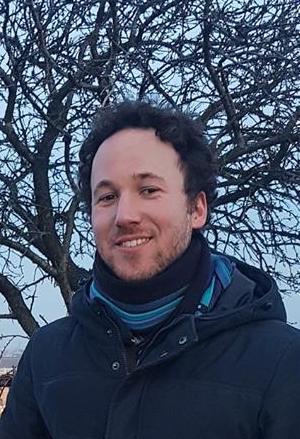 My research focuses on the X-ray observation of galaxy clusters, galaxy groups, and massive galaxies. I am particularly interested in the chemical enrichment of these hot, X-ray emitting atmospheres pervading clusters and groups. Accurate chemical abundance measurements of key elements (e.g. O, Mg, Si, S, Ar, Ca, Fe, Ni) via X-ray spectroscopy, as well as their spatial distribution in these hot atmospheres, provide us with valuable clues on when, where, and how these metals left their host galaxies and enriched the Universe at it largest scales.

In the core of these largest gravitationally-bound systems, these hot atmospheres should also cool down dramatically and produce large amounts of new stars in their central dominant galaxy. X-ray observations, however, show a lack of central cooling, indicating that "something" keeps the gas hot. Large (kpc-size) X-ray cavities, coinciding remarkably well with radio jets/lobes launches from the central galaxy, designate the central supermassive black hole as the ideal culprit... however how exactly this supermassive black hole feedback affects its surrounding hot atmosphere on several orders of magnitude remains an open question.

On one hand, metals can be used as passive tracers of the gas dynamics triggered by the supermassive black hole activity. On the other hand, gas cooling may impact the observed metallicity itself. My goal is to explore the coupling between these two intruiging aspects from galaxy to cluster scales.

In addition, I am interested in what future X-ray observatories (in particular the very promising Athena mission) will do to revolutionize our knowledge om the chemical and thermodynamical properties of clusters, groups, and galaxies hot atmospheres.

The top figure shows a composite optical (STScI Digitized Sky Survey) + X-ray (XMM-Newton) image of the galaxy cluster Abell 4059. Like many others, this cluster is rich in metals and its chemical composition is surprisingly close to that of our own Solar System. Hints of a stripped gas tail behing the nothern spiral galaxy member witnesses of the dynamical activity at play in this hot atmsophere (Mernier et al. 2015).

The bottom figure shows all the metal emission lines (with subtracted continuum) as seen in the stacked XMM-Newton EPIC spectrum of a sample of galaxy clusters, groups, and elliptical galaxies (the CHEERS sample). Each of these lines corresponds to a chemical element, originating from a specific type of supernovae - Type Ia, core-collapse, or a combination of both (Mernier et al. 2016a).