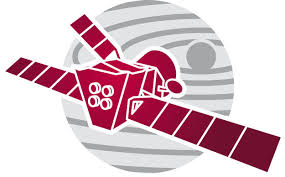 Here one can find the schedule and information to upcoming working group and splinter meetings. For more information please click here

Where is BepiColombo & Attitude Viewer

These interactive 3D tools, developed by the SGS team, show the spacecraft attitude and where the European Space Agency's BepiColombo spacecraft is on any given day from launch in October 2018 to just beyond the end of its cruise phase end on November 2025 to reach Mercury planet. You can watch the entire journey play through or to get the spacecraft’s current position. The information returned tells you how far Bepi Colombo (red track) is from the Sun, Mercury, Venus and Earth and the accumulated distance on its journey.

Disclaimer: distances are based on the best values available at the time of preparing this tool and with respect to the center of the planets, but users should be aware that this is not a scientific tool. Note that the proportions and appearances of the planets and BepiColombo are not true representations, and no indication is given about the planet rotations. Recommended browsers: Chrome & FireFox.