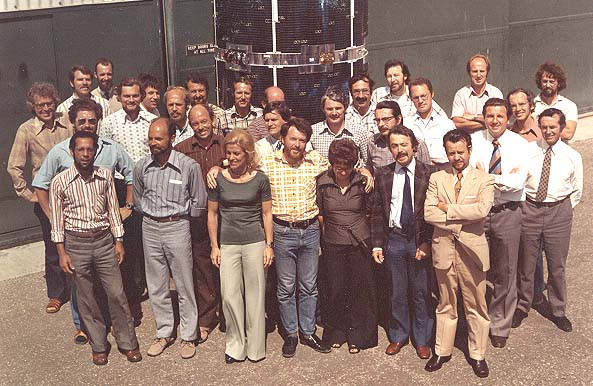 The COS-B Team at the Launch

Cos-B was launched on 9 August 1975. Its scientific mission was to study in detail the sources of extra-terrestrial gamma radiation at energies above about 30 MeV. The principal objectives were:

The originally foreseen duration of the mission was two years, but in fact Cos-B was finally switched off on 25th April 1982, having functioned successfully for 6 years and 8 months. During this time an extensive survey of the Galaxy was made in the energy range 50 MeV to 5 GeV.

The Caravane Collaboration built the gamma-ray telescope and performed the bulk of the scientific data reduction.

A summary of the major findings of the mission is given in the context of the multi-disciplinary nature of the readers of this web site.

A list of Refereed Cos-B Publications (ADS Private Library) is to be found here.