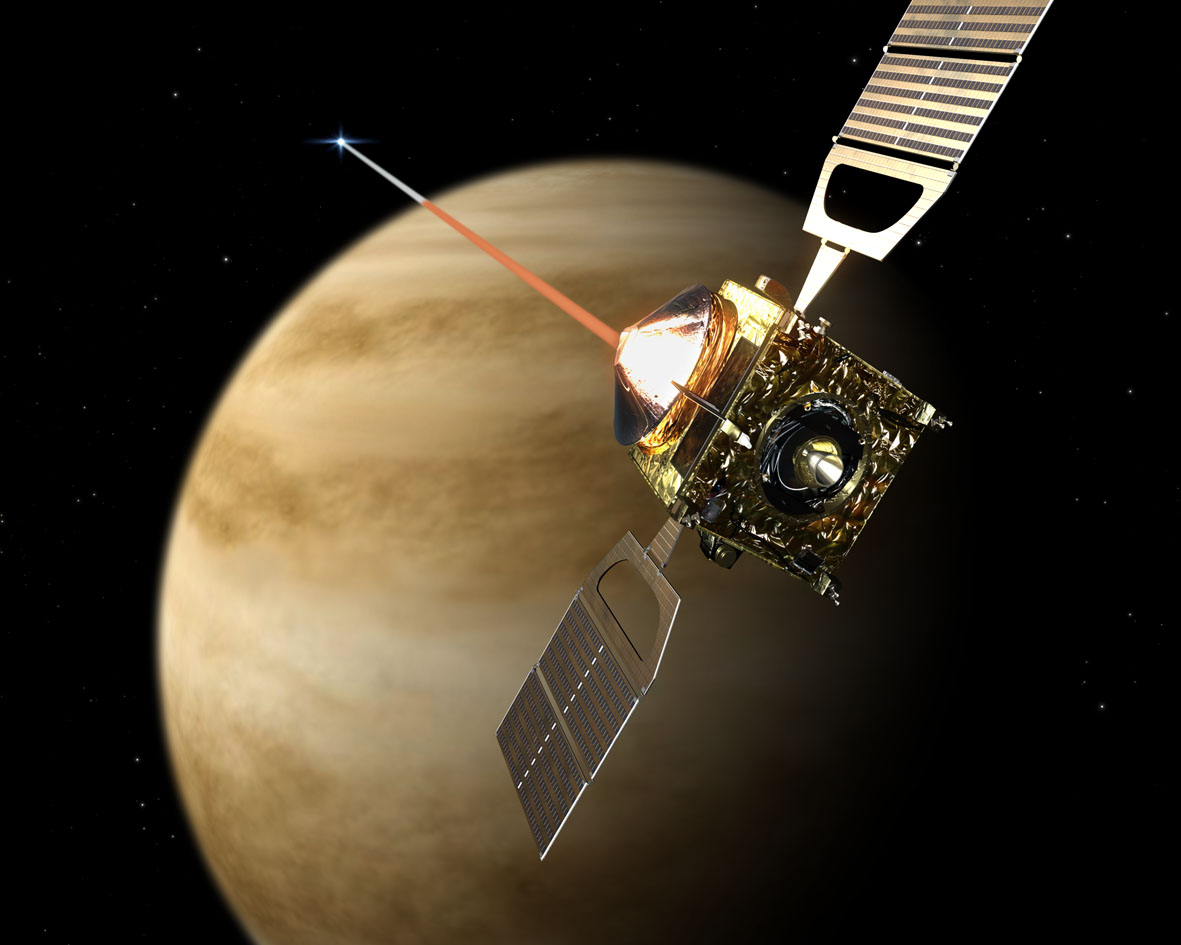 Venus Express is ESA's first mission to Earth's nearest planetary neighbour, Venus. The mission was born after ESA asked for proposals, in March 2001, suggesting how to reuse the design of the Mars Express spacecraft.

The guidelines were extremely strict. The mission would have to run to a tight timeframe because it had to reuse the same design as Mars Express, and the same industrial teams that worked on that mission. It would have to be ready to fly in 2005.

Out of a number of promising proposals, ESA selected Venus Express. What made the mission especially attractive was that many of the spare instruments developed for ESA's Mars Express and Rosetta missions could be used to achieve Venus Express's science objectives, which were to study the atmosphere in great detail.

Launched on 9 November 2005 from Baikonur, the spacecraft arrived at its destination on 11 April 2006, after a five-month interplanetary journey to the inner solar system. After orbit insertion Venus Express had to perform a series of further manoeuvres to reach the nominal 24 hour period orbit, with a pericenter at 250 km altitude.

After a commissioning period, Venus Express started its scientific mission on June 4th, 2006, and since then delivers a continuous flow of very good data. For more information about Venus Express you can visit the Venus Express General Project Pages on the Sci-Tech Portal and the dedicated page on the ESA portal , especially the following pages: