On 17 July 2018 ESA and the Planck Collaboration have released to the public a new and improved version of the data acquired by the Planck satellite, which constitutes the final official release from Planck. See the related article. The data and related papers can be accessed via the links below.
Latest news (31 July 2019): the last data product (the Likelihood code) still missing from the 2018 Legacy release is available from today in the Planck Legacy Archive. The corresponding paper has also been made public today.

Planck was launched on 14 May 2009, and the minimum requirement for success was for the spacecraft to complete two whole surveys of the sky. In the end, Planck worked perfectly for 30 months, about twice the span originally required, and completed five full-sky surveys with both instruments. Able to work at slightly higher temperatures than HFI, the Low Frequency Instrument (LFI) continued to survey the sky for a large part of 2013, providing even more data to improve the Planck final results. Planck was turned off on 23 October 2013. The high-quality data the mission has produced will continue to be scientifically explored in the years to come.

More information on Planck may be accessed via the links to the left and right (some of the links are restricted).
Please note that these pages are largely directed to the astronomical and Planck communities.

Need help ? If you are a member of the Planck Collaboration, with access to restricted areas of Planck pages, and are having problems using these facilities, you can ask for help by sending an email to http://support.cosmos.esa.int/pla. Also note that: (a) logging in via the Cosmos portal - via Sign In in the top right corner - solves most access problems; (b) if you have problems with your password, first try the automated password reset facility via this link. 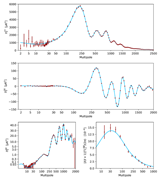 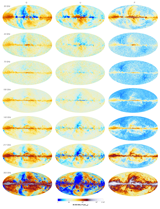