Each CU is led by a CU-leader and the DPCs are led by a DPC-manager. The consortium as a whole is led by the DPAC Executive which consists of the CU leaders, a representative from the CNES DPC, and the DPACE chair and deputy chair. The Gaia Project Scientist and the Gaia Mission Operations Manager have the status of observer on the DPACE. The day to day management of the DPAC operations is delegated to the DPAC Project Office which is led by the DPAC Project Coordinator. The Project Coordinator has a standing invitation to the DPACE meetings.

The DPAC is funded through national funding agencies of the participating ESA member states. These funding agencies have signed a multilateral agreement (MLA) with ESA which commits all parties to fund the DPAC effort up to the completion of the final Gaia catalogue, expected around 2022. The DPACE regularly reports to the MLA Steering Committee which consists of representatives of ESA and the partner funding agencies.

DPACE is the interface for DPAC to the scientific community (through the Gaia Science Team) and to ESA and industry partners in the Gaia project. Many of the day to day interface tasks are performed by the DPAC Project Office. The current composition of the DPACE can be found here. 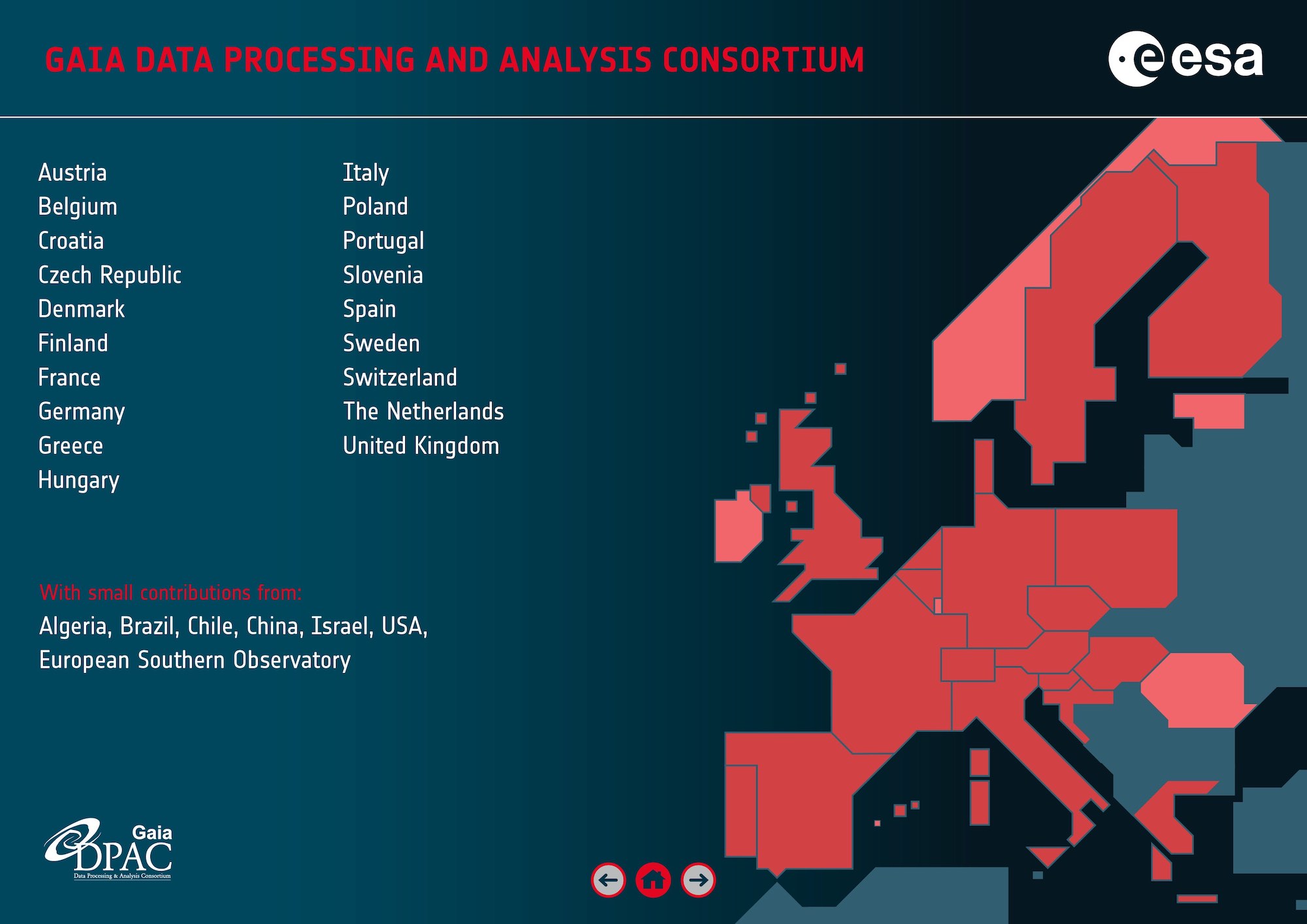 Contributions to the Gaia DPAC consortium for Gaia Data Release 3 in 2022. Countries in darker red contribute directly to Gaia DPAC. Countries in lighter red are member states of the European Space Agency, but not directly involved in Gaia DPAC.