Gaia was launched from Europe's Spaceport in French Guiana by a Soyuz-Fregat launch vehicle on 19 December 2013 (09:12:19 UTC). The chosen orbit was around the L2 Lagrange point of the Sun-Earth system, some 1.5 million km from Earth. The satellite was injected from a low-earth parking orbit into the L2 transfer orbit. After separation from the launcher, solar array deployment as well as spin rate and axis control were performed autonomously by the spacecraft.

During the transfer only small orbit correction manoeuvres were performed, controlling the effects of errors induced along the highly sensitive orbit. After about one month, an orbit insertion manoeuvre of about 180 m s−1 injected the spacecraft onto the stable manifold of the operational L2 orbit. Complete check-out of the spacecraft and the instruments preceeded the start of nominal operations. Consumables are allocated for 6.5 years. 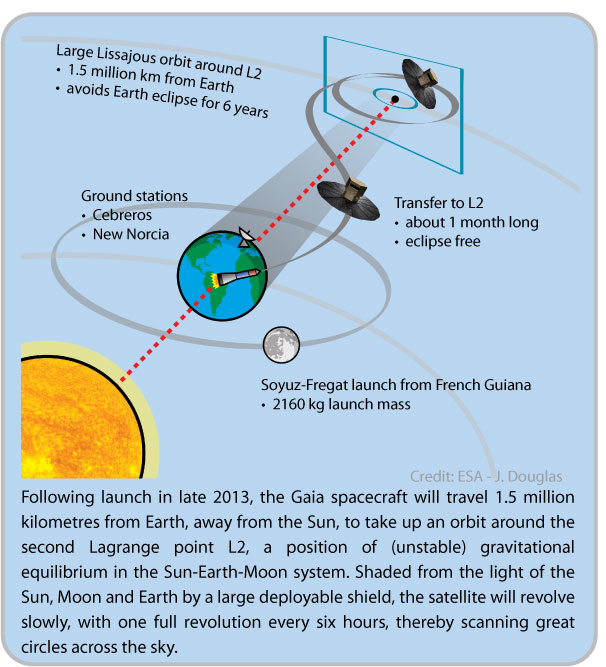 Find out more about the Gaia launch sequence.

Read the story published on the 4th launch anniversary.