19 December 2005 In late January and early February INTEGRAL will attempt to observe an unusual target - the Earth - in order to learn more about the poorly known cosmic background between 20 and 100 keV. Since the Earth cannot be directly targeted, the observations will settle INTEGRAL on a point in the sky and then let the Earth drift through its field of view. A first such observation is foreseen for the beginning of revolution 401 (January 25, 2006). If this first attempt is succesful, further observations will be done at the start of revolutions 404-406 (February 3, 6 and 9).

The data from these observations will be public and distributed in the usual way from the INTEGRAL Science Data Centre.

05 December 2005 ESA's Science Programme Committee has extended operations of the highly successful astronomical observatories INTEGRAL and XMM-Newton for four years, until 16 December 2010 and 31 March 2010 respectively. As usual, there will be a review of the scientific performance and of the missions status in another two years' time, around autumn 2007.

The INTEGRAL gamma-ray observatory was launched on 17 October 2002, and has been providing ever since an increasingly detailed insight into some of the most energetic phenomena in the Universe. These include the births and deaths of stars, supermassive black holes, neutron stars, the annihilation of matter and anti-matter, and gamma-ray bursts.

29 November 2005 INTEGRAL is doing very well and many new highlights can be reported in this 15th issue. As communicated earlier, the spacecraft -- being in orbit now for more than three years -- is performing flawlessly. The instruments and the ground segment are nominal.

Read more in the ISOC Newsletter #15.

24 November 2005 ISOC is preparing the release of the next Announcement of Opportunity (AO-4). Key milestones are shown below. 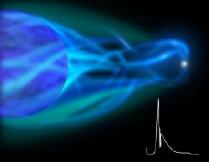 With this discovery, INTEGRAL confirms how much it is contributing to revealing a whole hidden Universe.

The new class of double star systems is characterised by a very compact object that produces highly energetic, recurrent and fast-growing X-ray outbursts, and a very luminous supergiant companion.

25 October 2005 The INTEGRAL Science Operations Centre invites applications for a Postdoctoral Research Fellowship at the European Space Astronomy Centre (ESAC), Madrid, Spain. The Research Fellow is expected to work in collaboration with ISOC scientists on the analysis of high-energy emission from compact galactic objects.

We are looking for highly motivated candidates preferably with experience of INTEGRAL data analysis. Experience with other high-energy missions would be advantageous. 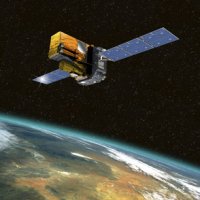 INTEGRAL: three years of insight into the violent cosmos

17 October 2005 Observing the cosmos, full of violent phenomena and extreme energy, has been the task of ESA's INTEGRAL gamma-ray observatory since its launch on 17 October 2002. Three years later, the mission is going very well and has recorded a wealth of important discoveries.

These instruments are INTEGRAL's eyes - providing for the first time simultaneous, single-satellite observations in different wavelengths of the most energetic objects and phenomena in the Universe.

06 September 2005 ESA's INTEGRAL space observatory, together with NASA's Rossi X-ray Timing Explorer spacecraft, has found a fast-spinning pulsar in the process of devouring its companion.

14 July 2005 As part of a programme to increase access to the INTEGRAL data to the wider community we are pleased to announce the opening to external users of the ISOC Science Data Archive (ISDA). The ISDA can be accessed via the following URL: http://www.isdc.unige.ch/integral/archive

The ISDA has been developed using the same browser technology as that developed by ESA for the XMM Science Archive (XSA) and the ISO Data Archive (IDA). Astronomers who have accessed data via either of these archives will find the ISDA familiar and easy to use.

For this initial release, the ISDA archive contains the same data and products as the archive maintained by the INTEGRAL Science Data Centre (ISDC). We would like to thank the ISDC for providing this data and for their close collaboration in establishing the ISDA.

It is the intention to expand the products available via the ISDA in the near future. Any comments on how the archive can be improved will be gratefully received and will allow us to ensure that future releases meet the wishes of the community.

Three satellites needed to bring out one 'shy star'

13 July 2005 An international team of scientists has uncovered a rare type of neutron star so elusive that it took three satellites to identify it.

The findings, made with ESA's INTEGRAL satellite and two NASA satellites, reveals new insights about star birth and death in our Galaxy. We report this discovery, highlighting the complementary nature of European and US spacecraft, on the day in which ESA's INTEGRAL celebrates 1000 days in orbit.

30 March 2005 In November 2003, the SPC approved a mission extension for INTEGRAL (ESA/SPC(2003)45, rev. 1). This paper stated the Executive's intention to set up an INTEGRAL Users' Group (IUG) in parallel to the already existing INTEGRAL Science Working Team (ISWT) for the extended mission: "Based on the successful experience with XMM-Newton"..."to institute a Users' Group for INTEGRAL in order to maximize the connection of the mission with the widest community".

The Galactic Bulge is a region rich in bright and variable high-energy X-ray and gamma-ray sources. From February 17, 2005 and onwards we will observe this region regularly, using the European gamma-ray satellite INTEGRAL, during all the Galactic Bulge visibility periods under an approved AO-3 proposal (PI: Kuulkers). One complete hexagonal dither pattern (7 pointings of 1800 sec each) is performed during each INTEGRAL revolution (i.e., every 3 days). As a service to the scientific community, the IBIS/ISGRI and JEM-X light curves in two energy bands (20-60 keV, 60-150 keV and 3-10 keV, 10-25 keV, respectively) of the sources detected in the field of view, as well as IBIS/ISGRI mosaic images, are made publicly available as soon as possible after the observations are performed. The results, as well as more information about the program, can be retrieved from http://isdc.unige.ch/Science/BULGE/.

18 February 2005 Astrophysicists from the Max-Planck-Institut für extraterrestrische Physik in Garching near Munich measured the strongest burst from a magnetar. On December 27, 2004 at 21:30:26 UT the earth was hit by a huge wave front of gamma and X-rays. It was the strongest flux of high-energetic gamma radiation measured so far. It was measured with the SPI spectrometer aboard the INTEGRAL satellite by the team of Dr. Roland Diehl and Dr. Giselher Lichti from the Max-Planck-Institut für extraterrestrische Physik (MPE) in Garching near Munich. The wave front was in addition more intense than the strongest radiation burst measured so far from our sun.

The remarkable aspect of this discovery is the origin of this radiation: it originates from a tiny celestial body with an extreme density, a neutron star, a so-called magnetar, and with an extremely strong magnetic field which is located on the other side of our Milky Way at a distance of about 50,000 light years. The astrophysicists from Garching are confident that this event will cast new light on the physics of magnetars and that it will contribute to solve an old puzzle concerning the gamma-ray bursts.

11 February 2005 The observations of the third public Target Of Opportunity (TOO) on V 0332+53 are public and available for download from the ISDC ftp site.

01 February 2005 In this issue of the ISOC Newsletter:

Read more in the ISOC Newsletter #14.

31 January 2005 Swiss scientists say they have discovered a form of star spinning at a record speed of 600 revolutions a second, feeding off a nearby companion star to maintain its energy. Dubbing the pulsar - a small and dense rotating mass of neutrons - a "cosmic monster", astronomers from the University of Geneva said only five of that type of ravenous star had been discovered before, and none had such a spinning speed.

"Part of a couple, this strange star absorbs its companion, a normal star, which gives it the energy necessary to spin so fast," the astronomers said in a statement. The pulsar was discovered by a university team using the European Space Agency's satellite INTEGRAL, launched in 2002, which is designed to observe gamma ray bursts in outer space. They said their findings would be published soon in the science journal Astronomy and Astrophysics.

For more information, see the Press Release from University of Geneva (in french): Un monstre cosmique

26 January 2005 The centre of our galaxy has been known for years to host a black hole, a 'super-massive' yet very quiet one. New observations with INTEGRAL, ESA's gamma-ray observatory, have now revealed that 350 years ago the black hole was much more active, releasing a million times more energy than at present. Scientists expect that it will become active again in the future.

25 January 2005 The observations of the second public Target Of Opportunity (TOO) on V 0332+53 are public and available for download from the ISDC ftp site.

25 January 2005 An Internal Science Workshop for INTEGRAL was held at ESTEC between 18 and 21 January 2005, attended by more than 100 scientists, mainly from the ISWT Team and their collaborators.

The meeting was very productive and many exciting new scientific results were presented, demonstrating the power of INTEGRAL observations with improved calibration and software. The final programme of the workshop and the presentations can be now accessed on-line at:

Public data available on observations of V0332+53 in outburst

During the observation, the source was still very bright with a mean flux of ~650 mCrab in the 20-60 keV band. The multi-instrument spectrum of very high signal to noise confirms the presence of three cyclotron lines at energies of ~25, ~55 and ~75 keV, and of a complex continuum.

The near real time data of that TOO observation will become immediately public. Quick-look analysis results and a set of tar files containing preliminary data (and auxiliary files) are available at:

As part of the observation was affected by operational problems the consolidated data from that observation will be available through the ISDC archive in about two months.

10 January 2005 The INTEGRAL AO-3 General Programme, as recommended by the Time Allocation Committee and approved by the Director of the Scientific Programme (Prof. David Southwood) has been released today.