Colour information for the Gaia sky 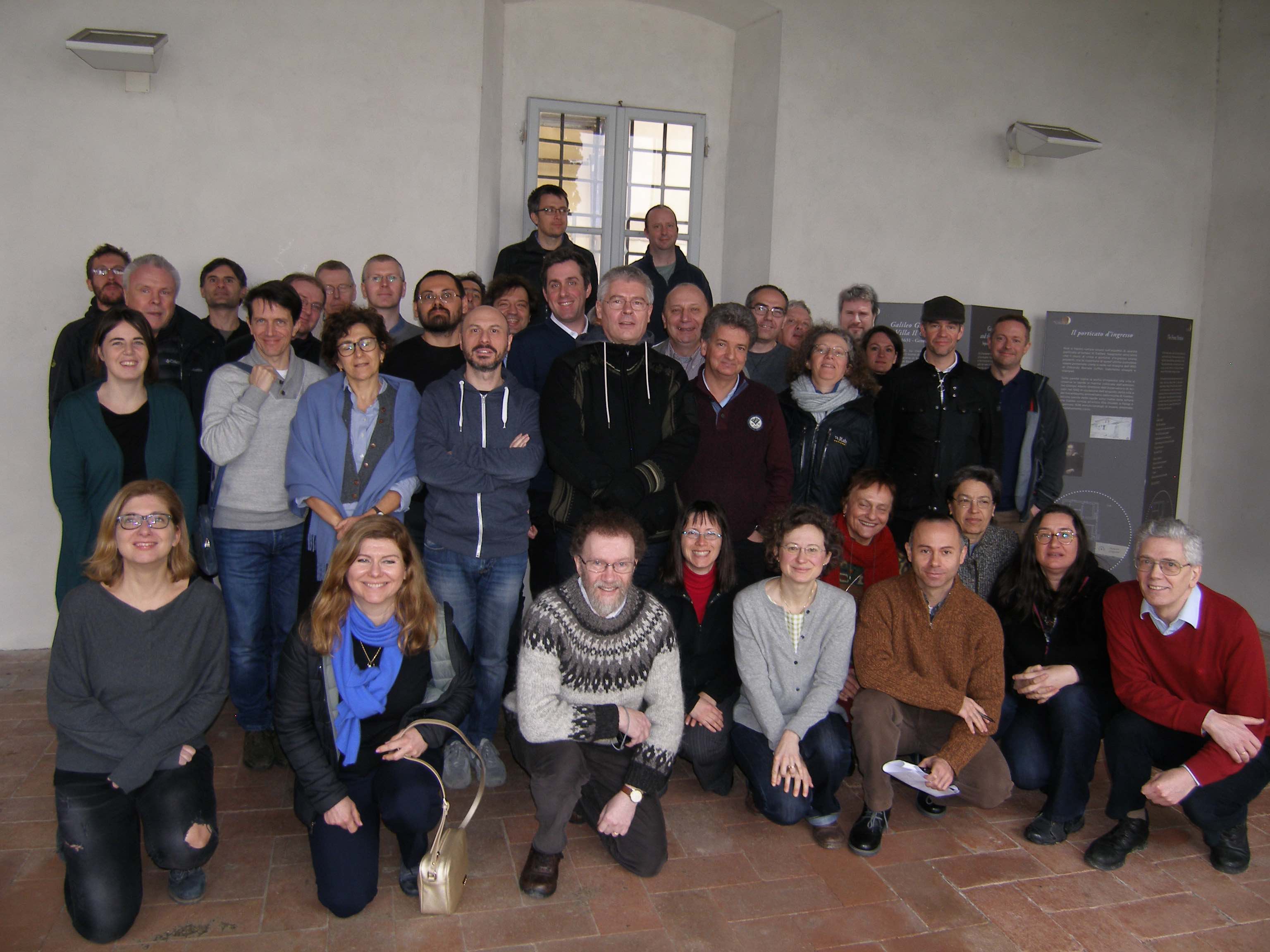 Gaia Coordination Unit 5 responsible for the photometric processing at their meeting in Arcetri (Italy) in February 2018.

Coordination Unit 5, more commonly known as CU5, is the team responsible for calibrating the photometry and low-resolution spectroscopy coming from Gaia. This is a group of more than 60 people from all over Europe, not all of which work full time on this project. Operations of the CU5 data processing software are supported by the Data Processing Centre located at the Institute of Astronomy of the University of Cambridge (known as DPCI). The good synergy between the two teams has been very important throughout all preparation activities. The photo on this page was taken at the last CU5 meeting held in Arcetri, Italy, in February 2018.

Operations of the photometry pipeline leading to Gaia DR2 lasted about 6 months, including extensive validation of intermediate and final results. These were followed by a period where additional investigations were carried out, triggered by the feedback received by downstream systems within the Data Processing and Analysis Consortium. Two refereed papers, one describing the content of the photometric data in Gaia Data Release 2 (DR2) and its internal verification and one focussing more on the processing techniques, have been prepared and are included in the A&A special issue dedicated to Gaia DR2. At the same time of course, development and validation of new modules to be implemented for the next cycle of operations eventually leading to Gaia DR3, have already started at full steam.

All sources in the Gaia DR2 catalogue will have a measure of their brightness in the broad G band, with much improved precision at all magnitudes with respect to Gaia DR1. The main new feature in Gaia second data release from the photometric point of view is the addition of two photometric bands obtained by integrating the flux collected in the blue and red photometers. This allows the creation of colour information for the vast majority of the sources without the need to crossmatch the Gaia catalogue with other catalogues which would reduce the amount of sources available for most science cases.

In the course of the past year, two image of the week entries on the ESA Gaia website have featured images related to the photometric data included in DR2. The story "Preliminary view of the Gaia sky in colour" showed a beautiful demonstration of the quality of the multi-band photometry in the form of a sky map of the average colour across the sky. This was based on a subset of the catalogue including only sources brighter than magnitude 17. A more detailed version of this map is presented in the paper describing the photometric content of Gaia DR2.

More recently, the image of the week story on "Gaia DR2 passbands" officially announced the availability of the description of the Gaia DR2 photometric system in the form of three passbands (one for the G-band photometry and one for each of the integrated blue and red photometer bands). The definition of the photometric system is required to estimate Gaia DR2 photometry starting from absolute spectra or model predictions. The passbands were made available in advance of the actual release to enable the scientific community to prepare and be ready to exploit at best this fantastic catalogue.

This page celebrates the people behind the exceptional achievements of Gaia DR2!