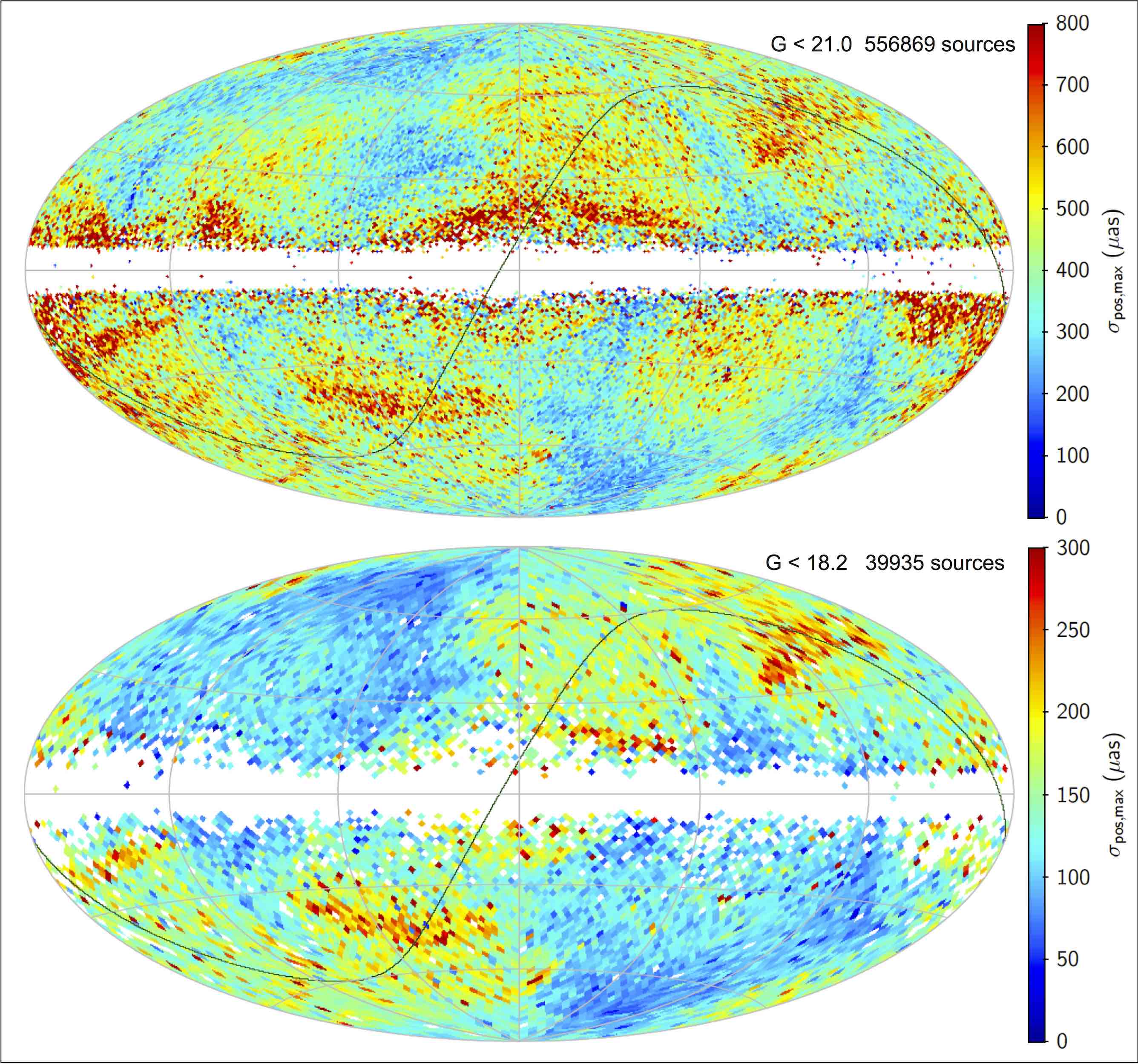 The all-sky distributions give the median of the formal position uncertainty for the position of the quasars materialising the Gaia Celestial Reference Frame (Gaia-CRF2). The frame is constructed from the astrometric solution built on 22 month of Gaia data, by selecting quasars, the most distant extragalactic sources known to date. According to the principles of ICRS, the Gaia astrometric solution is constructed using the constraint that those quasars on average show no global rotation. The maps give the median of the uncertainties of all the sources found in each pixel, about 0.9 x 0.9 deg2 for the upper panel for all the 556,869 sources and 1.8 x 1.8 deg2 for the lower panel restricted to the sources brighter than G = 18.2 and corresponding to an average of one source per square degree. For this subset the Gaia sky average position uncertainty is less than 0.2 milli-arcsecond.

The Gaia Celestial Reference Frame (Gaia-CRF2) is realised by the accurate positions of 556,869 quasars. This is the first realisation of a non-rotating full sky optical reference frame meeting the ICRS prescriptions, i.e. built only on extragalactic sources constrained to have no global rotation. With a mean density of more than 10 quasars per square degree it represents a more than 100-fold increase in the number of objects from the current realisation at radio wavelengths.

The formal position uncertainty is shown in this sky distribution using a Hammer-Aitoff projection in galactic coordinates with zero longitude at the centre and increasing longitude from right to left. The solid line is the trace of the ecliptic. The uncertainty is computed by combining the uncertainty in both coordinates and takes the correlation into account. The map gives for each pixel the median of the uncertainty of all the sources found in this particular area.